The mission of EMNR is to recognize, encourage, and strengthen responsible ministry to non-Christian religions. 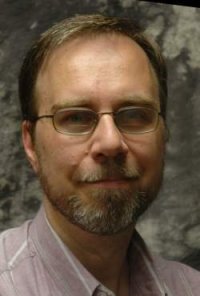 He edited Contend for the Faith: Collected Papers of the Rockford Conference on Discernment and Evangelism (1992), an historic conference sponsored by EMNR. He and co-author Craig Branch wrote the Manual of Ethical and Doctrinal Standards for EMNR (1997), the foundational document for the moral conduct of EMNR members and candidates.

Eric has written and taught about religious movements, the occult, world religions, and Christian apologetics for many years. He began writing about well-known and little-known sects for Cornerstone magazine, eventually advancing from assistant writer to executive editor. He directed the Cornerstone Apologetics Research Team from 1991 to 2000, and taught on new religions for nearly 20 years at Jesus People USA and Cornerstone Festival.

For four years he was on the steering committee of the Tanner Annual Lectureship on Cults (named in honor of Jerald and Sandra Tanner), held at Trinity Evangelical Divinity School. In 1985 he compiled the Directory of Cult Research Organizations, later to be joined by Keith E. Tolbert in a project to locate every active cult research group in the English-speaking world. The last edition of this series was published in 1996. In 2000, Eric was part of the core committee that drafted the Chicago Declaration on Religious Freedom, a noteworthy document signed by Chuck Colson, Bill Bright, Franklin Graham, Carl F.H. Henry, J.I. Packer, Kay Arthur, Richard Land, and hundreds of other Christian leaders.

From 1988 to 2018, he served on the board of directors of the Institute for Christian Apologetics (Rockford, Illinois), founded by Kevin S. Johnson and later managed by Phil DelRe (both now with the Lord). In the 1990s, he and Rowan Moonstone co-moderated a discussion forum on Witchcraft and Christianity, where participants on both sides learned to ask questions with greater curiosity and less antagonism . . . or hopefully a little less antagonism than when they began. In 2006, he became a Research Associate for the Centers for Apologetics Research (San Juan Capistrano, Calif.), contributing to special research projects. He wrote and edited several major articles in The Evangelical Dictionary of World Religions (2018). For the past decade, he has led a Facebook discussion group called “Islam and Christianity: Answering Muslim Objections.”

On the home front, Eric and his wife Barbara have been happily married for over forty years. They have three adult children, who are Christians. Two of them live internationally. Feel free to pose reasonable questions to eric[at]emnr.org (address split up to prevent email harvesting; please reassemble as needed).